It might seem difficult to see that what the Establishment offers us is worthless or the opposite of what it’s portrayed as being. And it’s true; a lot of it is hard to see. But not all of it - some is easy.

Humans, as a species, are created with a distinct physical and mental form, an identity. This original identity makes some of the things in the world strike us as uninteresting, worthless or ugly, and others as interesting, valuable, and beautiful. At the same time, we have the fabricated identity we’ve acquired through social evolution up until today. The fabricated identity can sometimes differ dramatically from the original. In those instances, our world-view and what we think is good and beautiful also differs dramatically. But the original identity is an intrinsic part of us. It often takes no more than allowing ourselves to be a little less polite about the Establishment’s view of things before we discover the emperor has no clothes.

The world seen from

The world seen from

Ugly spot upgraded to park thanks to windmills.

Realization of the dream of your own home. 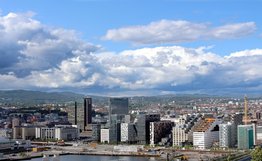 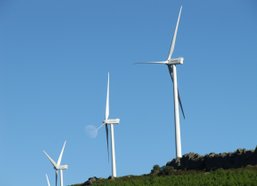 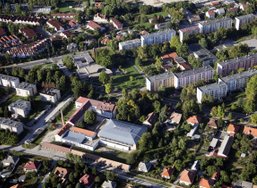 Yet another parcel of nature offered on industry’s alter.

Reservation for the pawns of economic growth.

Excavated freedom. For traversing the reservation.

(If governments stance on the climate is correct) 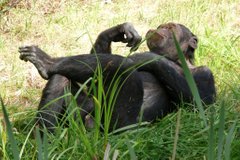 Satellite image of a planet without a trace of intelligent life.

What we don’t know when the idea-based logic is new for us, is that the spin-off ideas we put into practice are what determine our practiced master idea. Practiced spin-off ideas are our ideas about why we should start an activity, for instance, or what we decide that activity should or shouldn’t include. In other words, our actions determine our practiced master idea and with that, how much happiness we can attain.

The sublime MASTER IDEA, which realizes the sublime JOY, is marked by absolutely no activity. The limited Master Idea, which realizes extreme Joy, is marked by peaceful activity in an originally bountiful and magnificent Nature. The maximally misunderstood master idea, which leads to civilization and the so-called normal life with relatively little happiness and fulfillment, is marked by an almost all-encompassing repertoire of activity to preserve goals and strategies in a harsh and significantly ravaged Nature.

Experiment 3 involves more than just lowering the amount of activity. It’s about gradually relinquishing more and more of the number, intensity, and kind of activity in a normal life that differs from the kind of activity which marks a life in league with Nature.

The activity typical for a normal life and civilization is the kind that involves pursuing goals of token happiness using methods that reduces happiness and meaning still further.

More of this at