The clarification of complementary opposites is essential to understanding/meaning and the development of ideas. Hot/cold, high/low, etc. People within the Establishment and those outside it have played different roles, but both groups have contributed equally to the clarification of negative concepts and with that, toward the development of the complementary positive concepts. Both groups have also lost contact with the greater form of happiness in their daily lives and have instead accepted living with the lesser. The one, by abandoning their original identity and securing the role of leader for themselves, the other by abandoning their original identity and accepting the role of led. The greater form of happiness is subject to nature’s laws alone. With this comes the surprise: There is no “us vs them”. No matter which group you belong to, the path to the greater form of happiness is the same.

In our idea-based world, ideas are developed by clarifying complementary opposites. Clarification of the negative is the prerequisite for being able to choose the positive.  When we are all one, we all help explore these opposites. It’s just that we explore them from the different perspectives of our different roles. 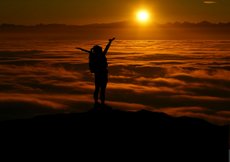 We can cast aside all thoughts of blaming and punishing those who’ve spearheaded the negative complementary ideas.

From the material viewpoint, it looks as though today’s situation is a contest where the people within the Establishment have won happiness and those outside it have lost. But this rat-race has been a competition for mere insignificant baubles. When the world is idea-based and happiness is available in very different magnitudes, both have lost. 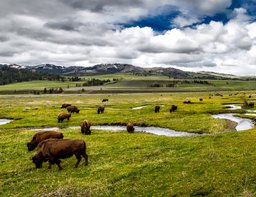 The laws for the greater form of happiness and fulfillment

The language is new. The accuracy contributed by science is new. But the content is basically the same as myths and legends, fairy tales, religions, and folklore in their naïve narratives have tried to tell us. Which is, that our practiced ideas, motives and actions come back to haunt us. No idea, no motive and no act can be hidden. Practiced ideas that benefit everything and everyone lead to a life lived in happiness and fulfillment. And ideas that spread despair and death to others lead to despair and death for ourselves.

Civilization is the attempt to outfox the laws of nature. It has never worked. Instead, it has only led us farther and farther away from the experience of happiness and meaning. For we live in fairy tales’ and ancient wisdom’s world where everything is connected.  The core of consciousness and intelligence sees all and knows all. Nothing exists other than what it thinks. Whether we’re conscious of what kind of master idea we activate by practicing our ideas, or whether we’ve let ourselves sink into indifference doesn’t come into it. The core of our consciousness knows and realizes our practiced master idea. The effect comes back and hits us with law-abiding precision.

With this comes the surprise. When the world is idea-based and happiness is available in quite other dimensions, both those within the Establishment and those outside it have lost:

The old differences between the two groups no longer exist. Both groups can gain the great wealth of happiness only by implementing the exact same changes.

Politics and political parties are inventions made for a material world. When the world is actually idea-based, political efforts to produce and allot insignificant and meager rewards help keep the greater form of happiness and fulfillment at arm’s length. We can only steer toward happiness if we forget politics and instead come up with solutions that follow nature’s laws for happiness. This isn’t as hard to do as one might think; abiding by the laws of nature was the original system before civilization evolved.

The system that evolved is the one we now know.

The supreme goal. - Economic growth is the ultimate goal.

The unavoidable consequence. - Business and production have first priority.

If it’s the greater, true happiness we want, there’s no way we can salvage any of this. It’s impossible; every bit of it violates the laws of nature that pertain to happiness. 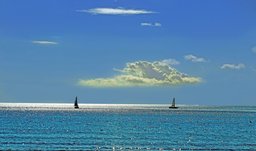 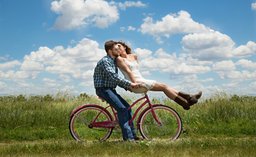