Few know it, but throughout history most of the hypotheses that became established scientific theories had initially been met with heavy resistance – from the scientific community itself.

The history of science reveals we humans behave in a certain way. Once we’ve found out something that seems solid at the time of its discovery, we award that knowledge the status of truth and build a wall to protect it.  We tend to build a kind of trap into every institution involved in gathering knowledge. Universities become fortresses and the students foot soldiers.

Fortunately, both universities and students have many positive qualities. But when they believe the defense of old results is more important than the ability to find new and more solid results, they reject the only aspect of science that’s extraordinary. They discard science’s ingenious tool made specifically to break through faulty concepts. We need this crowbar. For it’s these faulty concepts that keep us from enjoying a wealth of happiness and meaning in our daily lives.

When the science community doesn’t want to use this tool itself and doesn’t want to give it to us, we have no choice. To gain access to this wealth of happiness, we have to take their tool and learn how to use it ourselves. In 12 minutes you’ll know more about science’s crowbar than you would've learned in 5 years at any university. (With the 3-minute supplements, you can strengthen that knowledge.)

The hallmark "scientific" has been altered to mean; willing to build a wall around and defend the ideas already set forth by science. 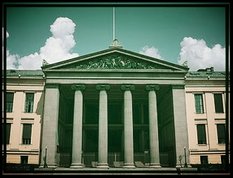 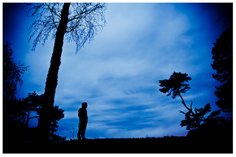 Awe-inspiring reality plus one who doesn’t already know everything.

The fortress and its foot soldiers