What is Einstein's Quest?

Einstein's renown as the originator of the Theory of Relativity and E = mc2. “Yet”, writes physicist Brian Greene in an earlier version of his website The Elegant Universe, “many do not know that his greatest theory was never completed. (…) Einstein’s crowning work should have been a ‘unified field theory of matter’, an attempt ‘to read God’s thoughts’. Einstein was simply ahead of his time. More than half a century later, his dream of a unified theory has become the Holy Grail of modern physics.”

For the rest of us Einstein's Quest is The Great Riddle.

What is reality and how is it put together?

Why is everything as it is?

Where do we come from?

Where are we going?

What are our longings trying to tell us?

Does what we long for exist?

If It does, how can I attain It?

Science is riddle-solving. No more. No less.

Everyone and anyone can try.  Anyone and everyone can succeed.

Anyone and everyone can fail.

And so, to anyone and everyone!

These pages may take the form of a project in scientific riddle-solving, but are meant for anyone and everyone; for professional scientists, whether in the natural sciences or other scientific fields, and perhaps most of all, for the rest of us.

The goal is to solve a riddle that has resisted every attempt made to solve it using today’s logic and way of thinking. It has simply been impossible to solve with our current understanding of Nature. The situation is so special, it dictates the rules for scientifically solving The Great Riddle.

To fully understand these rules, we consult those who know them well – philosophers of science and great scientists. What they have to say is the very opposite of what we routinely hear and have become accustomed to believing.

“Normal-science, the activity in which most scientists inevitably spend almost all their time, is predicated on the assumption that the scientific community knows what the world is.”

“'Normal' science, in Kuhn's sense, exists. It is the activity of the non-revolutionary, or more precisely, the not-too-critical professional: of the science student who accepts the ruling dogma of the day... in my view the 'normal' scientist, as Kuhn describes him, is a person one ought to be sorry for... He has been taught in a dogmatic spirit: he is a victim of indoctrination... I can only say that I see a very great danger in it and in the possibility of its becoming normal... a danger to science and, indeed, to our civilization. And this shows why I regard Kuhn's emphasis on the existence of this kind of science as so important.”

If we study the history preceding its great discoveries instead of accepting the myths about science, we’d see none of these breakthroughs have come about as an extension of the established logic, but as a breach. (Summary)

“There is no logical way to the discovery of these elemental laws. There is only the way of intuition, which is helped by a feeling for the order lying behind the appearance.”

“We are all agreed that your theory is crazy. The question which divides us is whether it is crazy enough to have a chance of being correct. My own feeling is that it is not crazy enough.”

“So far I have tried to show that reason, at least in the form in which it is defended by logicians, philosophers and some scientists, does not fit science and has not contributed to its growth. That is a good argument against those who admire science and are also slaves of reason. They must make a choice. They can keep science; they can keep reason; they cannot keep both.”

“Almost always the men who achieve these fundamental inventions of a new paradigm have been either very young or very new to the field whose paradigm they change.” 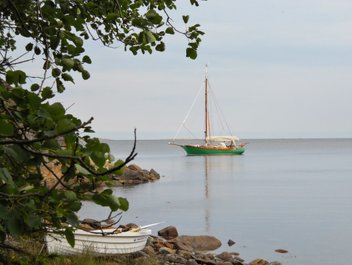 Anyone and everyone can be anywhere and everywhere.

what the world is!

what the world is!