The First Unified Theory is the first scientific governing theory ever verified and the first to fulfill Einstein’s Quest. Central in the theory is the assumption everything has arisen from a core of consciousness and intelligence. The fixity and solidity we’ve interpreted as matter are ideas with specific, defined content. In the new theory, the atom is not the fundamental element of matter as we’ve thought. It is a specific, defined fundamental idea. The scientific measurements of the forces deep within the atom are not of forces devoid of quality as we’ve believed. They are quantitative measurements of the attraction toward joy. The driving force in our world is joy-maximation. Happiness and fulfillment exist in far greater magnitudes than any we ordinarily experience.

The new theory is verified in the conventional manner with positive results. And – the specific ideas of the atom as well as the intensity and magnitude of joy are confirmed with experiments. 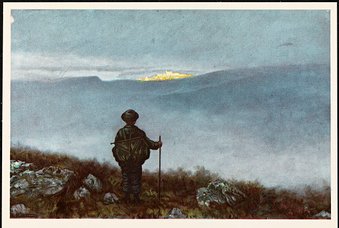 In the old theory, physics’ contribution is an extremely accurate description of one small part of The Great Riddle about life and the world.

In the new theory, the riddle is solved.

In the old theory, everything is made of lifeless particles, man is sentenced to death, and our longings given no credibility.

In the new, everything is created of consciousness and our longings the evidence that what we long for exists.

The First Unified Theory is idea-based and constructed in a manner diametrically opposed to that of today’s matter-based theory. The old matter-based theory is built on the premise material particles and forces are fundamental ingredients / Causes while consciousness, intelligence and other idea-based phenomena are effects of matter and material processes. The First Unified Theory is tufted on the premise consciousness and intelligence are fundamental ingredients / Causes and what we’ve called matter is reduced to effects of ideas and idea-based processes. It follows that the logic characteristic for the material theory-candidate is very different from the characteristic logic of the idea-based.

the obligation to verify

It makes no difference how emotionally drawn or attached we are to the old material way of thinking and how much we dislike the new idea-based one. When practicing science, one must obey science’s rules. We can’t use the logic of the material theory candidate to weigh the validity of the idea-based candidate. Nor can we use the logic of the idea-based theory to judge the material one. We’re obligated to rise above subjective means of assessment and weigh each candidate solely on its ability to explain phenomenon using its own characteristic logic:

The hypothesis that's able to explain more of reality’s phenomena

using its characteristic logic is the more solid.

The more solid hypothesis gains the right to dictate what is rational.

The deciding factor about the new idea-based governing theory is that its characteristic logic is able to explain many more phenomena than the old matter-based theory.

This founding assumption has 3 consequences:

determining a theory’s ability to explain the world

The rules of logic that characterize the old material theory are:

2) causes within time and space

In many instances these are able to describe the great riddle that is reality, but contribute nothing toward solving the riddle (more specific details about this in "Theory article").

The new rules of logic are:

3) attraction toward joy, and

These provide greater ability to understand and explain the world and with that, to solve the great riddle.

The new theory complies with all known laws of physics and provides the first explanation as to why these laws are the way they are. It solves all the smaller riddles in the atom; it explains particles, atomic forces, and quants. It explains physics’ relativity, mass, and energy. It explains all the phenomena outside the realm of physics, e.g. – and for the first time in history - it solves the “paradox of spirit and matter”. It explains ordinary idea-based phenomena like consciousness, intelligence, thoughts, and feelings as well as the extraordinary; among them telepathy, synchronicity, and healing. And not least, it explains experiences of extreme euphoria. Also for the first time, independent solutions from different fields are united in one and the same fundamental understanding. We’re talking about The First Unified Theory. The first solution to fulfill Einstein’s Quest.

The new theory is confirmed by two different experiments. Both employ the conditions required for us to be able to experience joy in greater magnitudes. The results also become a new yardstick for joy. (See Experiments, Joy / JOY.)

The conclusion when obeying science’s rules

No matter what established reason advocates, no matter what we believe, even if we’re absolutely sure reality is the opposite of what the verification reveals – the only thing elevating science as the means to gather solid, trustworthy knowledge is the obligation to submit to the results of the verification.

Throughout the history of science, every new theory has breached the established form of logic and reason. Epicycles disappeared from planetary theories in the 1600’s. Phlogiston disappeared from the theory about combustion at the end of the 1700’s. The luminiferous aether disappeared from the theory about the propagation of light in the early 1900’s. All are now gone because they were fabricated concepts the world can be explained better without. Now the matter in the material theory has disappeared. For the same reason. Matter is a fabricated concept. Not one experiment in the history of physics has proven matter to be what we think it is. What science has interpreted as matter is in truth a set of properties. The world can’t be explained when the atom is interpreted as matter. It can be explained much better when the atom is interpreted as a fundamental idea.

There is no scientific characteristic of a better theory other than its superior ability to explain phenomena. The old material theory is dead - superseded by the new idea-based. 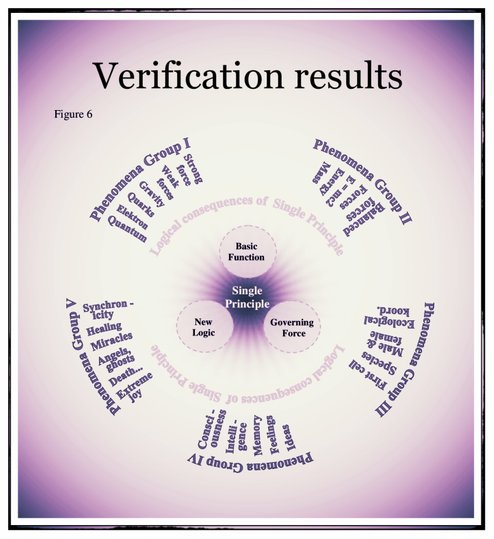